In 2018, the first edition of the art fair JingArt was welcomed by a huge buzz all over the capital.

The team behind Shanghai’s famed Art021 contemporary art fair (Bao Yifeng, Ying Qinglan and Zhou Dawei), happening each Fall since 2013, went all the way to Beijing to bring their savoir-faire to the capital’s collectors, galleries and art lovers. Doors caught up with Bao Yifeng, China’s “fashion PR guru”, the day after the end of the fair. In recent years, Bao has been very active in the art world, both as a collector and an art fair organizer.

Right after the grand opening, we discussed with Bao Yifeng on the evolution of the Chinese art market, China’s shifting art map, and how JingArt was already changing Beijing’s art scene.

DoorZine: Why did you want to set up an art fair in Beijing after Art021 in Shanghai?

Bao Yifeng: We had been running the Art021 fair in Shanghai for five years, and had reached a bit of a crossroads. We needed to either scale up or create something different. Last year was our fifth anniversary, and most of Shanghai Exhibition Center was taken up with exhibitions. Our revenue had stayed pretty much the same, and we faced having to secure a major sponsor – a possible but unreliable option. This led us to consider taking Art021 to another city, or starting something entirely new. After researching some second-tier cities, including Shenzhen, Chengdu and Hangzhou, we picked Beijing. Not only does it have the most active community of collectors and galleries, but it also has the infrastructure we need. For us, galleries and collectors are the most important elements, but the venue is also quite critical. Our three co-founders debated the issue and reached consensus on Beijing.

DoorZine: Why did you choose the new name JingArt?

Although I have plenty of experience with PR, I needed to hear more opinions. We then consulted various people about branding and PR. We could either keep our well-established Art021 brand, or pick something very different. We concluded that while Art021 was a contemporary art fair, our new Beijing program would be more diverse. It would include classic galleries, design, jewelry, coins, and even ceramics and antiques. These differences called for a new brand and a new name.

The name JingArt was inspired by car license plates. Each province has a single character on its license plate: Beijing has Jing, Shanghai has Hu, Chongqing has Yu, Guangzhou has Yue. The name Art021 was taken from Shanghai’s area code. With this new brand, we could move from city to city by way of license plates, each becoming X-Art.

We were very happy. As this was our first fair in Beijing, we wanted to know how things operated there. Beijing has a unique cultural environment, level of censorship, ways to do things, and custom clearance policy. We had selected a venue close to Tiananmen Square, and this meant we encountered some special logistical issues in set up. This is why we wanted to start from something small, to become acquainted with running exhibitions in Beijing. We can bring this experience to a showcase of JingArt’s true potential next year.

DoorZine: What are some feedbacks you got from galleries and collectors?

The galleries and collectors were very happy as well. We also heard from Beijing residents who expressed their surprise on discovering such a beautiful building. They did not even know such a place existed, as many had not visited the area in over 20 years!

Visitors put us in the same bracket as well-established Art Beijing and CIGE (China International Gallery Exhibition) [created in 2006 and 2004], so we wanted to give them a surprise, and we did!

The collectors thought our exhibition was very smoothly planned, and easy to navigate for its size. There were three spaces running through in the middle, so you could stay on the veranda or gaze up and down at the other spaces.

As this was our first attempt, we didn’t want to emphasize scale. We know however that some galleries did make good sales. Most of the 32 invited galleries have good client bases. They sent out their catalogue before the fair, so a lot of clients had already committed to buy before coming to look at the artworks to make their final decisions.

DoorZine: What was the proportion of foreign art galleries? For some like Blain Southern, Perrotin, David Zwirner or Hauser & Wirth, it must have been their first participation in a fair in Beijing. Why did they come?

Foreign art galleries made up 30%. They were already working with us at Art021. They signed up once we presented this new project and informed them of our strengths. As this was our first year, we really wanted them to go with us. The market is huge with a wider client base. Each gallery brought their clients to JingArt, but to the other galleries, they were new clients walking through the fair. We also brought in other client base resources to make it more lively and fresh. A lot of expectation was riding on this.

DoorZine: After this year’s experience, what is your plan for next year and after?

For this year’s first JingArt, we sent invitations to all the gallery owners who applied for Art021 or with whom we had good relationships. Curiosity meant that most of them showed up. From next year, we will be open to applications. The contemporary galleries may have known us quite well, but for others we were on less familiar terms. This goes for the jewelry and ceramic galleries, even for Gallery ALL. These galleries made some sales, but even more importantly they saw a new approach and a different market. Before, Gallery ALL participated mostly in fairs like the Miami design fair. Our team members approached the owner of the ceramic gallery, who gave us good suggestions. He suggested that we choose a few traditional art dealers with contemporary or even design galleries as this would spark something good. We want to do more of this in future fairs. For jewelry, we will choose two or three galleries, and we want more representatives of crafts such as ceramics.

DoorZine: Since your earliest involvement in contemporary art in China, what major changes have you seen?

DoorZine: Previously it was said that Beijing was the art capital of China, but today Shanghai rivals Beijing. There are also major art events and institutions in Chengdu, Shenzhen, and Hangzhou. What is your take on this rapid evolution of the geography of China’s art world?

The art market mirrors China’s economic status. Art spreads because the economy and environment are getting better in these cities. They need better museums, institutions and artists. Previously, most artists graduated from fine arts academies in Beijing or Hangzhou, so they founded their studios either in Beijing or around Shanghai. Nowadays, with the Internet, it does not really matter where you live. A lot of artists returned to their hometowns to settle and concentrate on creating art. Concurrently, Beijing is becoming more expensive and environmentally more hostile for artists, so people are less inclined to stay permanently.

DoorZine: Why do you think there is such an interest in sharing in China compared with collectors outside the country?

When you examine art fairs from an international perspective, you would note that many happen in a collector’s hometown or village, or even their own spaces. However, Chinese homes are more private. People prefer to exhibit their collections elsewhere. At the same time, in China the concept of “face” is very important. Chinese collectors have competitive mindsets. When some collectors show off their large collections, others follow suit!

DoorZine: Which art event excites you the most in the next few years?

We are happy to see the National Art Museum of China (NAMOC) is building its new museum designed by Jean Nouvel. It is exciting to see that the National Museum is now focusing on contemporary art.

In Hong Kong, M+ Museum will open in two years, hopefully. I really liked their last project in Hollywood Road, called Tai Kwun. They converted the old police headquarters into a contemporary museum space with a big theatre.  [Swiss architects Herzog & de Meuron, who are working on the future M+ museum, also designed this project.]

At the same time, there are a lot of international exhibitions going to China and new fairs opening up. This year, there will even be a hotel fair in Beijing!

List of galleries participating in the 1st edition of JingArt 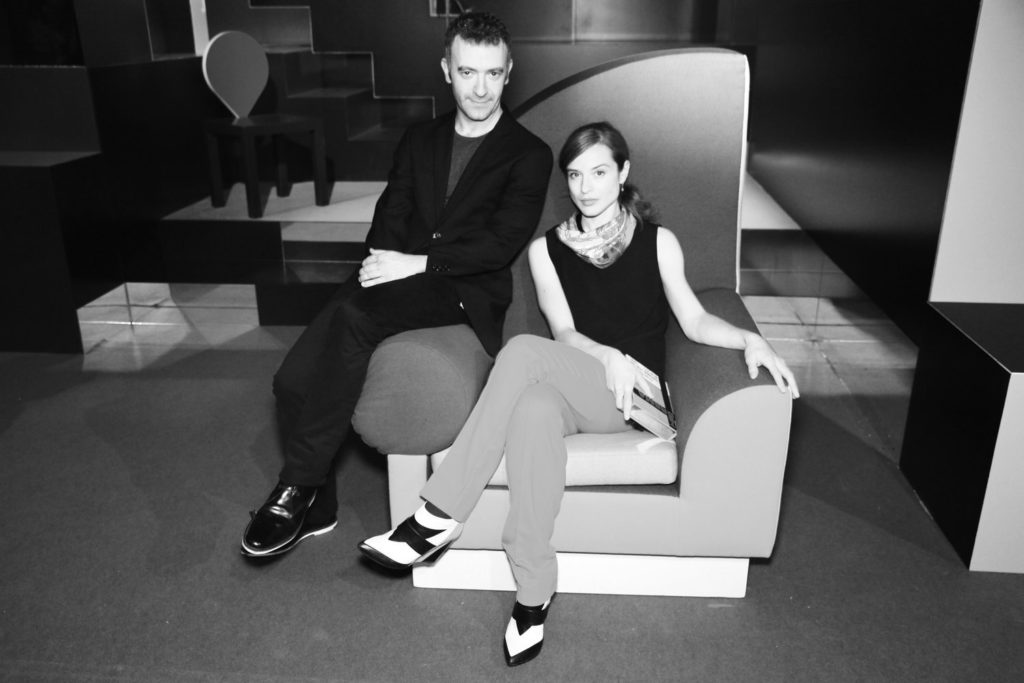 I COULD NEVER BE A DANCER : “Our relationship to dance is not obvious”

Choreographers, creative directors and directors, Parisian artist duo I Could Never Be A Dancer collaborate with fashion brands, cultural institutions and create visual, conceptual and pop video and dance ensembles. I COULD NEVER BE A DANCER was one of the artists invited for the First Franco-Chinese Fashion Meetings in Spring 2018.
Read More 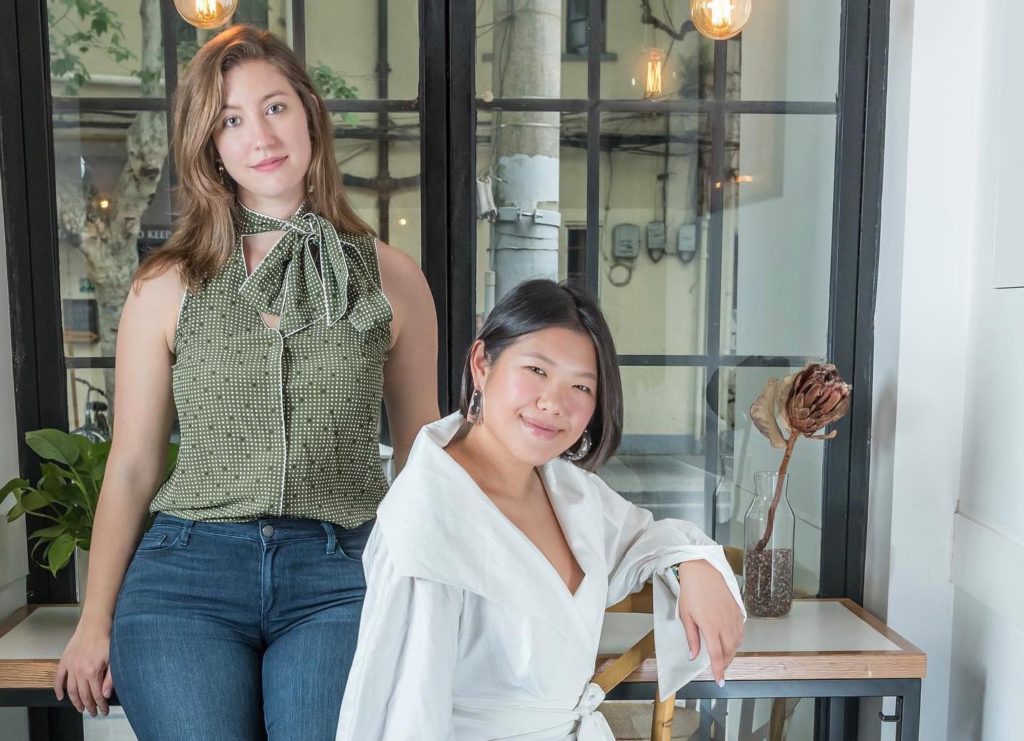 Nicole Ching & Leigh Tanner: “There are new forms and models coming out of Chinese cultural institutions”

Doors interviewed Nicole Ching and Leigh Tanner, the young founders of Museum 2050, a new platform for investigating key issues about the future of cultural institutions in China and abroad from a local perspective.
Read More
Related Projects 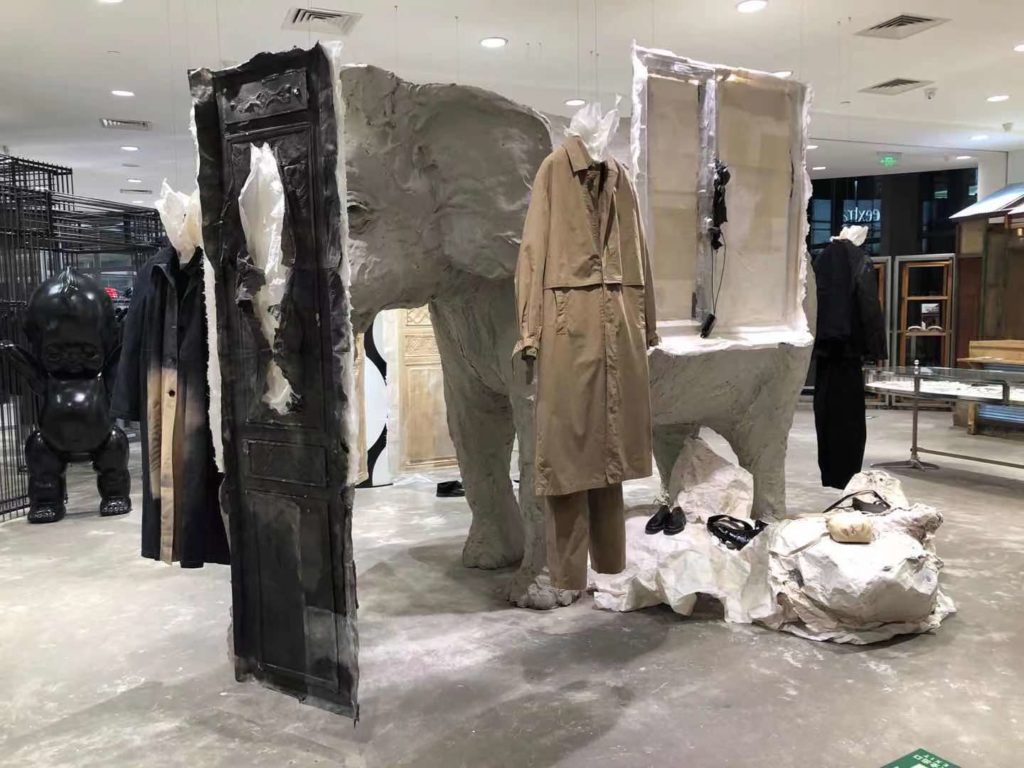 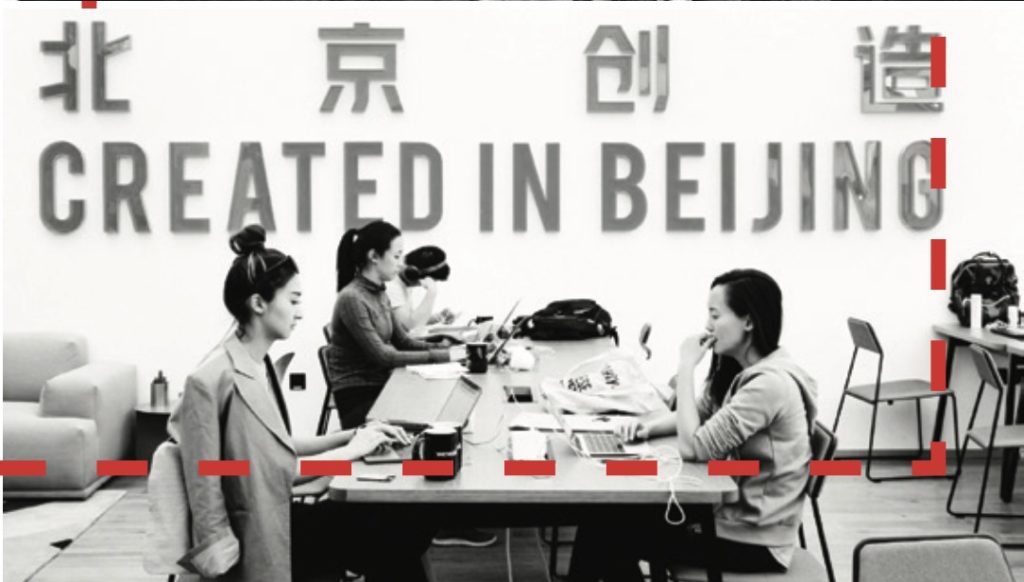