In Mandarin, the character 砰 (pēng) is the equivalent of the French onomatopoeia ‘bing!’: which evokes a sound of shock, of clash, and signifies a rupture, a sudden event that modifies reality. In a true East and West encounter, the artists of ‘BING! BING!’ play with the material quality of ceramics – something simultaneously fragile and solid, accident-prone – as well as with the cultural implications of an art that has become a heritage, both in China (Jingdezhen, Yixing) and in France (Sèvres, Limoges, Gien). Each in their own way, Liu Jianhua (1962), emmanuel boos (1969), Geng Xue (1983), Zhuo Qi (1985) and Louise Frydman (1989) reinterpret the traditional art of ceramics in a contemporary way.

Ceramics are seized in all its states, transfigured, subjected to experimentation through sculpture, writing, performance and video.

These artists confront the aesthetic languages and cultural meanings linked to the medium. Born from this friction, their artworks break free from ceramics conventions and show it in a novel way, playing with words, tones or matters – sometimes with humour.

Prominent figures in contemporary ceramics such as Liu Jianhua and emmanuel boos with artists of the younger generation such as Geng Xue, Zhuo Qi and Louise Frydman, explore together its physical specificities: how organic matter takes shape in the artist’s hands, using different techniques and testing its limits. For ceramics are flexible and malleable in its initial state, resistant to thermal shocks that can exceed 1300°C during firing, and finally very fragile in its “solid” state. A delicate object prone to variations in brilliance and colour of infinite depth or, on the contrary, to extreme whiteness.

Liu Jianhua is one of the most renowned Chinese artists of his generation. His sculptures and installations mix porcelain, found objects, detritus and various materials, developing an experimental practice of ceramics and a philosophical approach to shapes and materials. As a contemporary artist, Liu questions the culture and material history of China in the context of globalisation. Trained for fourteen years in Jingdezhen, world renowned Porcelain Capital, the artist has represented China several times at the Venice Biennale.

Considered one of the best French ceramicists, emmanuel boos has been practicing this art since the age of 14. Citizen of the World, emmanuel boos lived in Korea, China, France and England before settling his studio down in Germany in 2015. Artist in residence at “Manufacture de Sèvres” between 2016 and 2019, emmanuel boos will exhibit at the Paris Museum of Modern Art at the end of 2021.

His current work has favours closed shapes, falsely full, being both surface and volume: cobblestones, cubes, boxes or books, all mysterious and abstract. The artist seeks the unexpected, those happy accidents that make the beauty of imperfection.

Geng Xue is a Chinese multimedia artist who confronts the traditional art of ceramics with contemporary forms (video, animation, installation). Inspired by Buddhist cosmology, classical literature, Taoism and Western aesthetic traditions, Geng Xue believes ceramics belong in a magical world where the line between the physical and spiritual world is blurred. She was selected to represent China at the 2019 Venice Biennale.

Located in Burgundy, France, since 2015, Louise Frydman turned to ceramics after having began her career by composing light and delicate artwork using white paper. In her ceramics treatment, she retains the white mat aesthetic of paper as well as the finesse of her favoured material.

“I seek the encounter between strength and fragility, as I shape my sculptures in an ethereal way, yet they are powerful thanks to their monumental dimensions. Through a petal, a tree, the wind… I try to show my emotions”.

He fuels his work from the daily experience of the semantic and linguistic miracles generated by a long history of cultural gaps and misunderstandings. Through ceramics and a certain sense of humour, he confronts the traditions and craftsmanship that a globalised world brings together, without any transition or translation.

More information on contemporary ceramics on the DoorZine

Geng Xue, "The Poetry of Michelangelo", 2015. Courtesy of the artist Geng Xue.

Geng Xue, "The Poetry of Michelangelo", 2015. Courtesy of the artist Geng Xue. 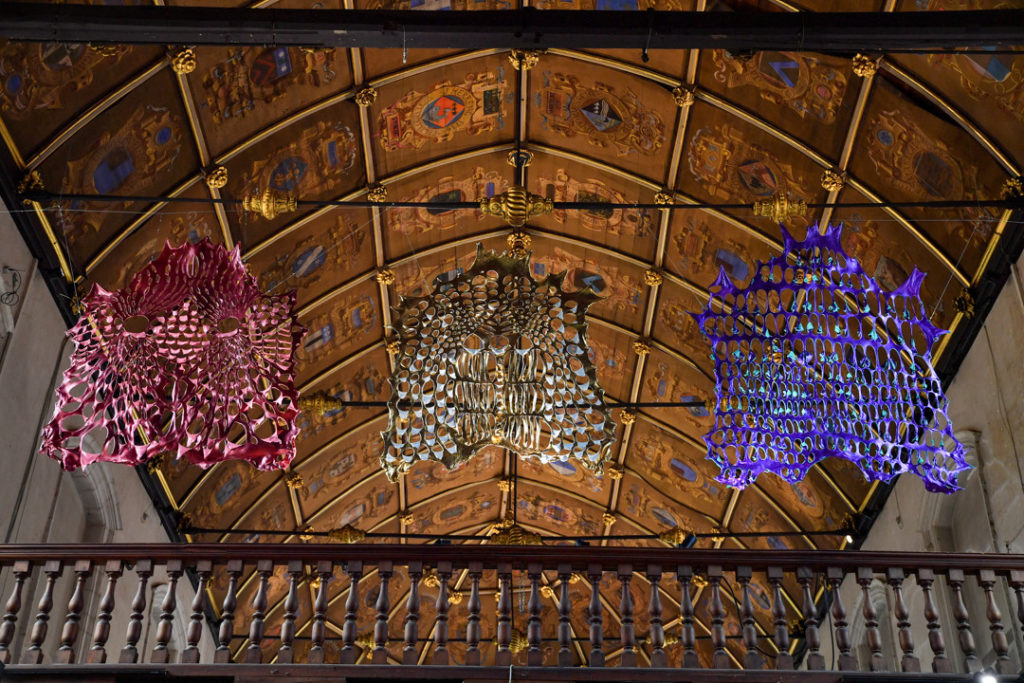 Fragile yet solid, traditional yet contemporary, the artists of the exhibition « Bing! Bing! » play with the history and materiality of ceramics to reinvent it.
Read More 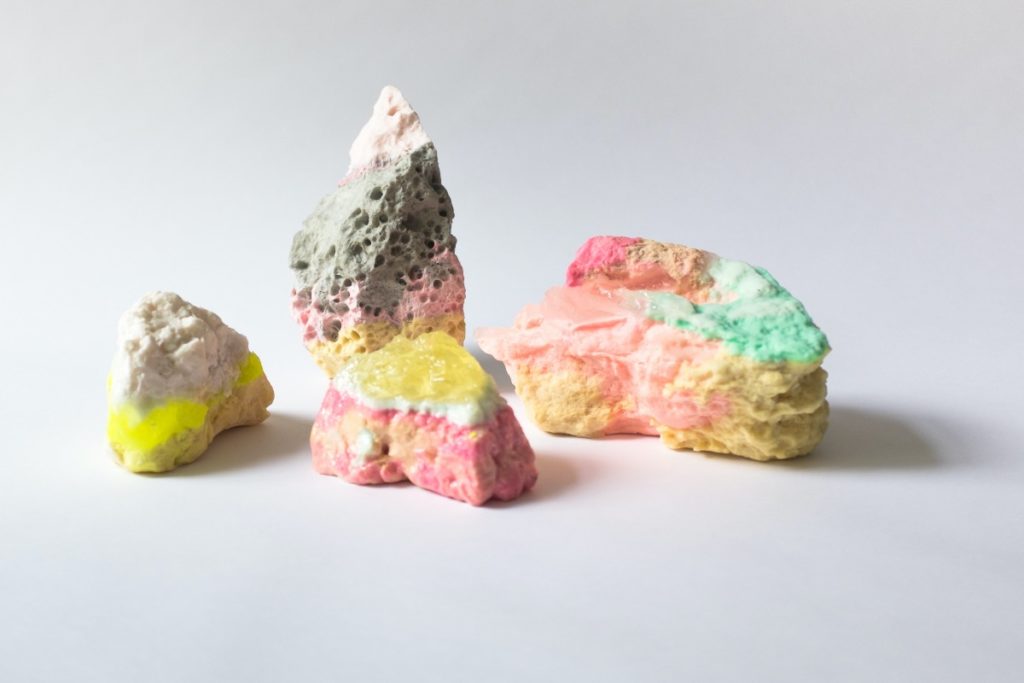 From scholars' rocks to cabinets of curiosities, the curators of the exhibition "ROCKS" offer a cross-section of the rock.
Read More
Or access more articles