La Maison de la Chine (Paris) celebrated the 40th anniversary of the first movement of Chinese contemporary art, The Stars, with an exhibition gathering works of three of its most prominent figures – Huang Rui, Ma Desheng and Wang Keping – and unpublished photographs by three privileged witnesses of the times: Chi Xiaoning, Li Xiaobin and Wang Rui.

1979. A small group of self-taught artists calling themselves The Stars (Xing Xing) organize an unpermitted exhibition of their works on the railings of the National Art Museum of China (NAMOC) after being denied an official exhibition space. China was barely emerging from the Maoist era – with the death of the Great Helmsman and the downfall of the Gang of Four in 1976 – during which reigned a conception of art called “in the service of the people” . China’s capital was going through the “Beijing Spring”, a brief period of political liberalization, and Deng Xiaoping had just launched China’s Reform and Opening Up.

Before being banned by the authorities after three days, the unauthorized exhibition attracted 30,000 Beijingers eager to open to the world. What they discovered was over 150 works liberated from ideological constraints, created by 23 artists whose leitmotiv was the “demand for artistic freedom”. Chinese contemporary art was born. In the following years, before 1989, several members of the Stars would go into exile: Huang Rui to Japan, Wang Keping, Ma Desheng and Li Shuang to France, Qu Leilei to the United Kingdom, Ai Weiwei to the United States… These artists remain important figures of Chinese art today.

The exhibition is supported by the Stars Art Foundation.

Chi Xiaoning, "The artists Li Shuang and Shao Fei painting the sign for the Stars Exhibition at the Huafangzhai gallery", November 1979

Chi Xiaoning, "Visitors on the opening day of the First Stars Exhibition", 27 September 1979

Wang Rui, "The artists Wang Keping, Gan Shaocheng and Qu Leilei at the forefront of the demonstration for Stars Exhibition", 1st October, 1979

Li Xiaobin, "Dancing during a Stars gathering at Yuanmingyuan", 1980 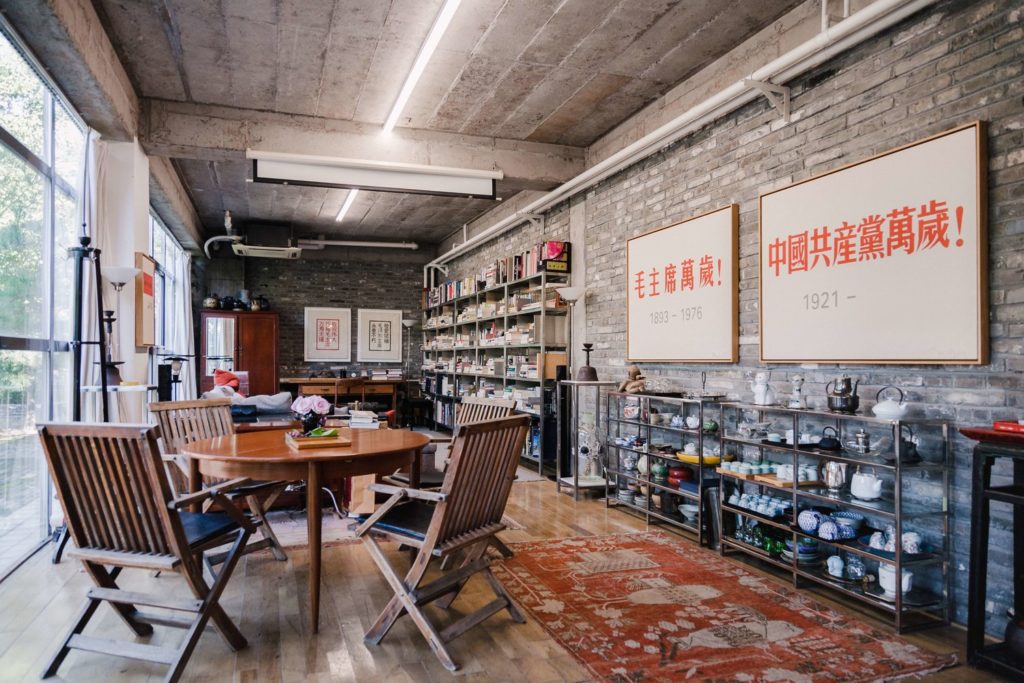